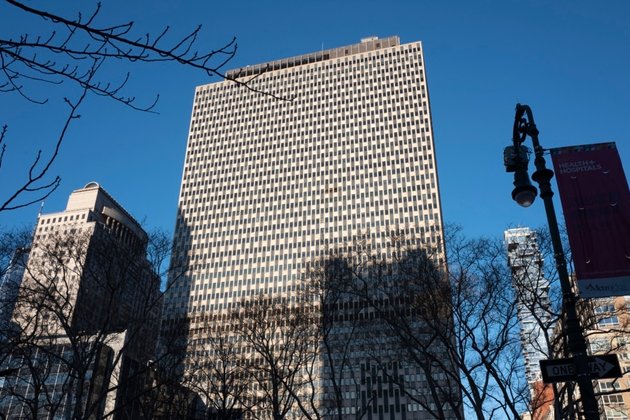 Washington - A retired senior official of the FBI has been arrested and indicted in New York and Washington on charges of violating U.S. sanctions by secretly working for a Russian oligarch and receiving hundreds of thousands of dollars from a former Albanian intelligence service employee while still employed by the bureau.

Charles F. McGonigal, who was the chief of counterintelligence for the FBI's New York field office from 2016 to 2018, and Sergey Shestakov, a former Russian diplomat and translator, were arrested Saturday in New York on sanctions and money laundering violations.

McGonigal and Shestakov are accused of investigating a rival Russian oligarch in exchange for receiving secret payments, according to a five-count indictment unsealed in the Southern District of New York.

In a separate nine-count indictment unsealed in Washington, D.C., McGonigal is accused of receiving at least $225,000 in cash from a former employee of the Albanian spy agency while leading counterintelligence efforts for the FBI's New York field office.

Prosecutors say McGonigal concealed from the FBI the nature of his relationship with the man described in court documents as 'a naturalized United States citizen who was born in Albania ... resided in New Jersey... and had been an employee of the Albanian intelligence service several decades earlier.'

In the Deripaska case, prosecutors say that in 2021, McGonigal and Shestakov investigated an unnamed rival Russian oligarch in return for payments from Deripaska, in violation of U.S. sanctions imposed on Deripaska In 2018.

The investigation focused on the rival oligarch's interests in a large Russian company, control of which both Deripaska and the other oligarch were contesting, among other things.

In an earlier scheme in 2019, McGonigal and Shestakov allegedly unsuccessfully tried to have the sanctions against Deripaska lifted, according to court documents.

Before retiring from the FBI in 2018, McGonigal led and participated in investigations of Russian oligarchs, including Deripaska, according to the Justice Department.

Shestakov was a Soviet and Russian diplomat before becoming a U.S. citizen and a Russian interpreter for U.S. federal courts and prosecutors, according to the Justice Department.

According to court documents, the duo tried to conceal Deripaska's involvement in the investigation of his rival by using shell companies, not naming the businessman in communications and forging signatures.

In September, Deripaska, an aluminum magnate with suspected ties to Russian President Vladimir Putin, and three associates were indicted on charges of evading U.S. sanctions and obstruction of justice.

According to McGonigal's LinkedIn profile, he has been employed since retiring from the FBI in 2018 as senior vice president for safety for Brookfield Properties, a commercial real estate company.

A Brookfield Properties spokesperson declined to comment in response to a query from VOA, saying McGonigal left the company more than a year ago.

Court documents indicate that the investigation of McGonigal and Shestakov began more than a year ago, with FBI agents seizing their electronic devices in November 2021.

TRIPOLI, Libya: Italian prime minister Giorgia Meloni held talks on energy and migration in Libya this weekend, which are major ...

MIAMI, Florida: This decade, the US south is expected to see more new residents than any other region in the ...

MANILA, Philippines: After a Filipina domestic worker was killed and dumped in the desert in the oil-rich emirate of Kuwait, ...

LONG BEACH, California: Long Beach, California-based Rocket Lab has launched its first mission from the United States, as part of ...

WSJ says Israel and Mossad behind Sunday's attacks on Iran

Israel was behind Sunday morning's drone strike on an Iranian munitions facility; the Wall Street Journal has reported, citing American ...

NEW DELHI, India: Marking a year since the Tata Group took control of Air India, the former state-run carrier has ...

NEW YORK, New York - A slowing of wages growth in the fourth quarter, as reported by the Labor Department, ...

Profits down 9% at American Express due to late customer payments

UK airline Flybe goes out of business, cancels all flights

JERUSALEM, Israel: As demand for its driver-assistance technology rises among vehicle-makers, Mobileye Global is forecasting revenues for the 2023 fiscal ...

The Banshees of Inisherin