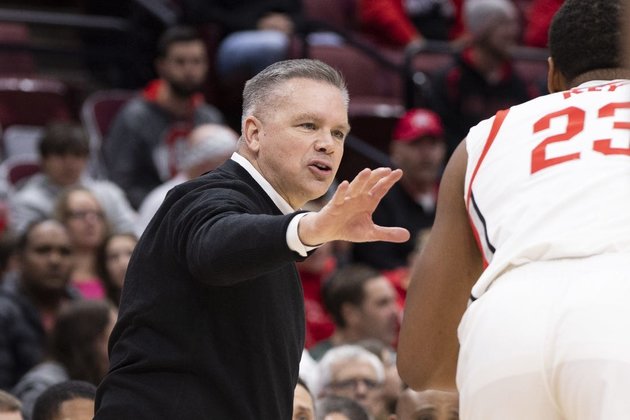 Zed Key scored 19 points and had eight rebounds, and freshmen Brice Sensabaugh and Bruce Thornton had 17 points each when Ohio State rolled to 81-53 victory over Cincinnati at the Maui Invitational in Lahaina, Hawaii, on Tuesday.

Sensabaugh has scored in double figures in each of his five games for the Buckeyes (4-1) and Honolulu native Justice Sueing chipped in with 11 points.

The Buckeyes lead the series with their in-state rival 9-4 with four straight wins.

Building on an 11-point halftime advantage, the Buckeyes went up 51-30 with 14 minutes left on a basket-and-one by Bruce Thornton.

Ohio State took advantage of Cincinnati's cold shooting to sprint to 38-27 halftime led. Ohio State ran off nine straight points while the Bearcats went more than 4 1/2 minutes without a made field goal until a Mika Adams-Wood layup with 24 seconds left but Sensabaugh drilled a 3-pointer at the buzzer.

Key opened the season with three straight double-doubles but ran into foul trouble early in the 88-77 loss to No. 17 San Diego State on Monday to open the tournament. He scored seven points and grabbed three rebounds in 21 minutes.

Key scored six of the Buckeyes' first eight points and had 12 points and four rebounds by halftime.

The Buckeyes were particularly aggressive on the glass to widen the gap in the first half. Of their first eight misses, they grabbed six offensive rebounds that were converted to seven second-chance points.

Cincinnati started the game with a 5-0 score but it wasn't long before the Buckeyes moved ahead for good, 17-16, on a pull-up jumper by Thornton.

WASHINGTON, D.C.: According to a Pentagon report, if China continues with its current nuclear buildup pace, it could have a ...

William, Kate plan US trip in bid to tamp down royal controversies

LONDON, England: Prince William and his wife Kate, the new Prince and Princess of Wales, will travel to the U.S. ...

SYDNEY, Australia: For the first time in eight years, Australia lowered its terrorism threat level from "probable" to "possible," due ...

TRENTON, New Jersey: As part of a project to prevent major wildfires in a federally protected New Jersey forest, up ...

VIENNA, Austria: During a 24-hour strike by Austrian rail workers held this week over issues related to pay, rail traffic ...

HONG KONG: Paving the way for a potential bumper payout to shareholders, HSBC has agreed to sell its business in ...

WASHINGTON D.C.: The National Retail Federation (NRF) has reported that even as inflation has negatively affected many household budgets, heavy ...

IRVING, Texas: Exxon Mobil Corp will wind down oil production in Equatorial Guinea in West Africa after its license expires ...