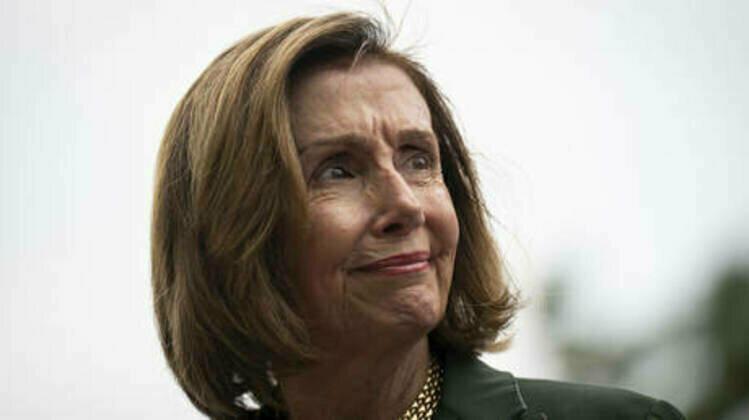 Hotel reservations for the House speaker and her people have been made, a journalist with TVBS News said

US House Speaker Nancy Pelosi may arrive in Taiwan on Tuesday, a local TV news station claimed. Reservations for the US delegation, headed by one of the country's most senior officials, have been made at a five-star hotel, TVBS News said, citing sources.

According to the report, Pelosi and her entourage are to stay at the Grand Hyatt Hotel in Taipei's eastern governmental Xinyi District. Relevant security arrangements have been taken to ensure her safety, the outlet said.

Reservations have also been made in a different hotel in the Zhongshan District, the report added, citing rumors.

Pelosi's possible visit to the self-governed Chinese island has triggered an angry reaction from Beijing, which said Washington was "playing with fire" and may "get burned" as a consequence.

Taiwan has been self-governed since 1949, but never officially declared independence from China, with Beijing considering it a part of its territory under its One-China policy.

Despite agreeing with the One-China policy on paper, the US maintains strong unofficial ties with the island of 23.5 million, selling weapons to Taipei and backing its push for sovereignty.

A list of destinations for her Asian tour that Pelosi shared with the public did not include the island, while Taiwan's government would not comment on any plans to welcome the US House Speaker.

Beijing launched a military exercise near Taiwan as Pelosi departed from mainland USA for Hawaii last weekend. Some Chinese media have speculated that her plane may declare an emergency to provide a pretext for landing in Taipei.

SOLOMON ISLANDS: In a move that opponents said is aimed at controlling and censoring the media, the government of the ...

WASHINGTON D.C.: In July, a Florida man was killed by exploding Takata airbag inflators, possibly becoming the 20th death in ...

After series of assassinations, Israel says it has eliminated all IJ leaders

Israel has launched an unprovoked war against the Palestinian resistance group Islamic Jihad. The Israeli army assassinated a high-ranking commander ...

EAST NUSA TENGGARA, Indonesia: Hundreds of Indonesian tourism workers went on strike this week to protest a sharp rise in ...

NASSAU, Bahamas: A team of explorers have announced that they have uncovered a treasure, including coins, gemstones and priceless jewels, ...

SYDNEY, NSW, Australia - Stocks in Asia were mixed Tuesday while in the Pacific, markets rose. The scene mirrored events ...

DHAKA, Bangladesh: Bangladesh raised fuel prices by some 50 percent this week, which is aimed at reducing the country's subsidy ...

NEW YORK, New York - U.S. stocks closed mixed on Monday as investors fret about CPI data due to be ...

RICHMOND, Virginia: Dominion Energy Virginia has received state approval to build an enormous offshore wind farm off the coast of ...

SYDNEY, NSW, Australia - Stocks in Asia were mixed on Monday, but gains and losses were modest.There is concern the ...

Miracle in Milan (Miracolo a Milano)