The HOPR Jungfrau release marks the first public release of the HOPR privacy protocol and HOPR token
HOPR's token release mechanism was decided by a DAO vote, independent of the project itself

Over the course of the launch day, the HOPR Association will run online events and contests in partnership with local crypto communities and media across ten different time zones. The event will run from 8:00 am CET until 6:00 pm CET on February 24th, 2021, and travel from Tokyo to San Francisco. It will also coincide with the first public distribution of tokens, which will begin at 14:00 CET.

The token launch comes after a first-of-its-kind DAO (decentralized autonomous organization) experiment, where the timings and logistics of the token launch were decided by the HOPR Genesis DAO, a community of more than 3,000 HOPR testnet participants, independent of the project team itself. More than 1,500 votes were cast on the final proposal, an unprecedented level of turnout in the DeFi space. The DAO voted for a community presale, followed by a public distribution on the decentralized finance platforms Balancer.finance and Uniswap.exchange, two popular DeFi tools for providing decentralized liquidity. In total, 85m HOPR tokens will be distributed.

'Privacy infrastructure, more so than any other blockchain application, really requires a resilient governance foundation,' says Dr. Sebastian Buergel, founder of HOPR. 'The engagement of the HOPR community has been unprecedented in the world of decentralized governance during pre-launch projects, with the community - and not the team - truly being in the driver's seat.'

HOPR, which saw its communities grow rapidly in late 2020 thanks to its innovative gamified and incentivized testnets, will be running a similar series of games throughout the launch event. HOPR's community channels are currently available in 11 languages and serve more than 20,000 members, more than 3,000 of whom are eligible for DAO participation. Participants in the launch day contest will be able to win a share of 100,000 HOPR tokens and a grand prize consisting of a trip to Zurich, Switzerland, and Jungfrau, the mountain, which gives the latest HOPR release its name.

HOPR provides the tools and framework for a privacy-first layer zero of the Web3 ecosystem, ensuring everyone has control of their privacy, data, and crypto-assets as they navigate online. The HOPR protocol introduces the first-ever open incentivized mixnet, where anyone can earn tokens for staking and running nodes. Dr. Sebastian Bürgel, who helped draft the DLT (Distributed Ledger Technology) Law in Switzerland, leads a diverse HOPR team that includes award-winning blockchain hackers and Silicon Valley tech veterans. He is joined by Co-Founder Rik Krieger (business development, marketing, HR, and finance), Co-Founder Robert Kiel (cryptography and protocol development), and a global team of developers and crypto experts.

HOPR combines the traditional association as a proven legal entity in Swiss jurisdiction with the tenets of a Decentralized Autonomous Organization (DAO), which results in Decentralized Community-Enabling Governance (DecenGov). HOPR has its main office in Zurich, Switzerland, was inaugurated in March 2020 and employs 14 team members, of whom eight work and live in Zurich. 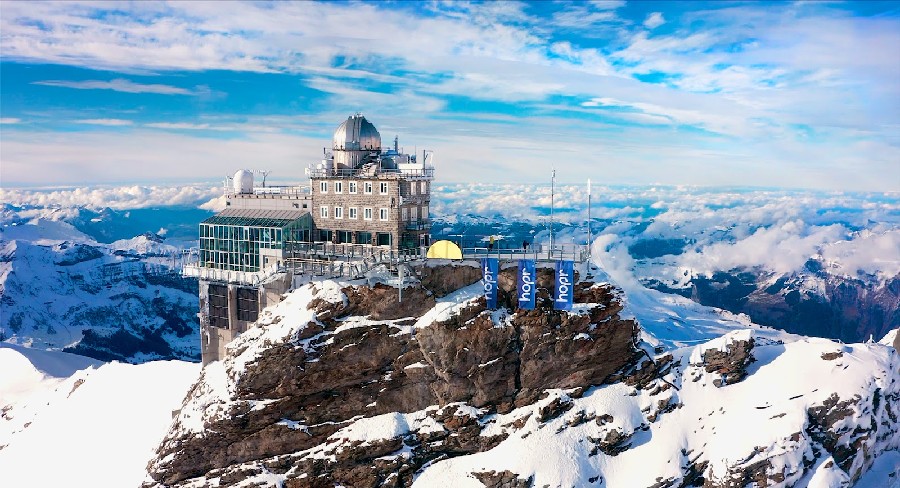 U.S. to leave Afghanistan in state of war

An Afghan taxi-driver in Vancouver told one of us a decade ago that this day would come. "We defeated the ...

DES MOINES, Iowa: As the number of Iowa residents who have been vaccinated against Covid rises, the demand has fallen ...

THE HAGUE, Netherlands: Dutch Prime Minister Mark Rutte announced the easing of the country's months-long coronavirus lockdown on Tuesday. A ...

TORONTO, Canada: The province of Ontario, Canada will offer AstraZeneca vaccines to people 40 years and over. This follows a ...

Concerns over Covid causes U.S. to urge not traveling to 80% or world

WASHINGTON D.C.: Citing the need to protect U.S. citizens from contracting the Coronavirus, the U.S. State Department said on April ...

NEW YORK, New York: Those who have been inoculated against COVID-19 with the Pfizer vaccine will likely need a third ...

ORLANDO, Florida: April 19 -- Amazon is moving ahead with plans to launch 3,200 satellites to offer Internet services from ...

SYDNEY, NSW, Australia - Stocks in Japan took off on Thursday with solid gains also being recorded in Hong Kong ...

WOONSOCKET, Rhode Island: The major American pharmacy chain CVS Health announced this week that it would offer three brands of ...

BANGKOK, Thailand: Thailand is on the brink of putting the finishing touches to one of the largest projects installed atop ...