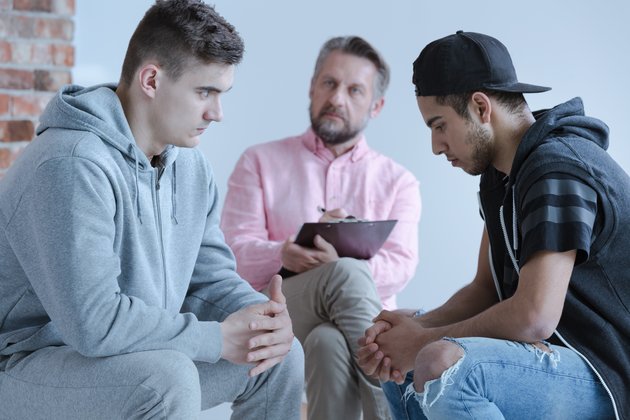 From 1984 to 2018, the number of journal articles published annually on mindfulness jumped from two to 842, according to the American Mindfulness Research Association. The research spans a range of topics and settings, including mindfulness in the workplace, schools and jails.

Since the 1970s, when Jon Kabat-Zinn helped popularize mindfulness and meditation practices in western academic science through the Stress Reduction Clinic at the University of Massachusetts Medical School, the subject has blossomed as an area of academic study.

Though research on mindfulness has been criticized for poor methodologies - such as inappropriate usage of statistical methods and reliance on unreliable self-report measures - recent meta-analyses have shown significant correlation between mindfulness and decreases in symptoms of psychiatric disorders, substance misuse and depression relapse. There were also significant improvements in depression, anxiety and stress outcomes.

Mindfulness was defined by Kabat-Zinn in his 1994 book, Wherever You Go, There You are: Mindfulness Meditation for Everyday Life as: "learning to pay attention moment by moment, intentionally and with curiosity and compassion."

Some organizations are now trying to bring mindfulness to communities at large, not just individuals. This comes as mindfulness advocates are being criticized for under-serving disadvantaged communities that could benefit from it. Poverty has been linked to decreased functional brain connectivity, anxiety and depression.

The limits of mindfulness

One critic is Ronald Purser, a professor of management at San Francisco State University.

"I think a reason why mindfulness is so attractive is that it seems easier than a lot of the structural and systemic changes that could otherwise be made. There's a sedative quality to it," he said in an interview in November 2019.

Instead of the individualized nature of many modern mindfulness practices, Purser and David Forbes, an associate professor in school counselling at Brooklyn College, argue for a more community-based approach.

"Telling students to ignore their personal pain while leaving the social, economic and political sources of that pain ignored won't help them in the long run," said Forbes in an interview in November 2019.

They suggest that it's better to adopt "critical social mindfulness," which encourages groups to meet together and to use mindfulness techniques to discuss the socio-political causes of their discontent as a community.

David Hart agrees with them. Hart is an instructor and volunteer at the Awake Youth Project in Brooklyn, which has used mindfulness-based practices to help youth attending schools which had been considered "failed" by the New York City Department of Education. The program started in 2009 with a traditional mindfulness approach centred on exposing young people to the concept, but has changed.

"We're more focused on creating a space where young people can build the tools and see how they can benefit from mindfulness in their communities," says Hart.

He agrees that the popularity and awareness of mindfulness has dramatically increased in the past few years. He notes that young people involved in the program have, "seen mindfulness and meditation in movies, TV, there's even a 'breathe with me' Barbie now. It's not a new concept."

But mindfulness approaches need to be community-based, he says.

"It's mentors and instructors having equal footing with young people, and showing how tools like emotional regulation can be used in their own lives...We have a real understanding of culturally relevant and trauma-informed backgrounds because we have teachers with the same experiences."

Tita Angangco, the co-founder of the Centre for Mindfulness Studies in Toronto, agrees with this approach. The centre ran several short-term programs incorporating mindfulness into low-income community groups. One such program was their "Train-the-Trainer" project that taught 42 social workers from 18 agencies how to deliver mindfulness-based therapy to their clients.

"Mindfulness actually resonates with a lot of these groups because it is open, loving and kind...it's accessible to people and they usually love it," said Angangco.

But because of funding challenges, it's difficult to have a long-term impact. The Train-the-Trainer program was funded by the Ontario Trillium Foundation and the Ontario HIV Treatment Network from March to December 2013. The pilot programs have struggled to continue.

Beyond those challenges, Angangco acknowledges that the scope of mindfulness can be limited in low-income and other disadvantaged communities.

Says Angangco: "Mindfulness might teach people in low-income positions to look at their situations differently. But if the situations aren't changed there's only so much that mindfulness can do."

But without long-term solutions to these problems, individuals in marginalized communities will still be at risk for depression, anxiety and heightened stress.

14 ft. crocodile captured by man in Indonesia, returned to nature

SULAWESI, Indonesia: Using just a rope, an Indonesian man, supported by fellow villagers on the island of Sulawesi, captured a ...

WATFORD, UK: Watford F.C. has cancelled a friendly match against the Qatar national team due to the Gulf country's human ...

French urged to conserve energy use to prepare for winter

PARIS, France: Amidst shortages and soaring prices caused by Russia's invasion of Ukraine and subsequent supply cuts, the heads of ...

At this week's G7 meeting, imports of Russian gold to be banned

WASHINGTON D.C.: In the latest in a series of sanctions aimed at further isolating Russia economically over its invasion of ...

MAGWAY, Myanmar - At least eight resistance fighters were killed on Wednesday when junta troops intercepted a truck they were ...

High pressure fracking again being used by US oil companies

WASHINGTON, D.C.: Amidst the rise of "re-fracs" in the U.S. as part of the efforts to boost domestic oil production, ...

Unable to staff airports, Germany to bring in foreign workers

BERLIN, Germany: A German Interior Ministry spokesperson has said that in a bid to relieve airports overwhelmed by staff shortages ...

PARIS, France: In a written statement made this week confirming a report from broadcaster RTL, France's energy ministry said the ...

US farms planting unplanned crops due to chemical shortages

WASHINGTON D.C.: Due to persistent shortages of agricultural chemicals that threaten yields, U.S. farmers have cut back on using common ...

The Ballad of Buster Scruggs